Chinese smartphone brand Realme has been trying to grab substantial market share from leading smartphone makers such as Xiaomi and Samsung. With Realme 3 Pro, the company has managed an uphill climb in the smartphone market in a short period of time.

Realme 3 Pro was recently launched in the market and the company rolled out an out of the box software update with multiple improvements for the camera app and more.

Today, Realme is rolling out yet another update for the Realme 3 Pro and the update aims to improve the overall system performance.

The new software update is listed as RMX1851EX_11_A.13 and it bumps the device from previous version RMX1851EX_11_A.12. In our testing, we noticed minor performance improvement when navigating across the operating system. 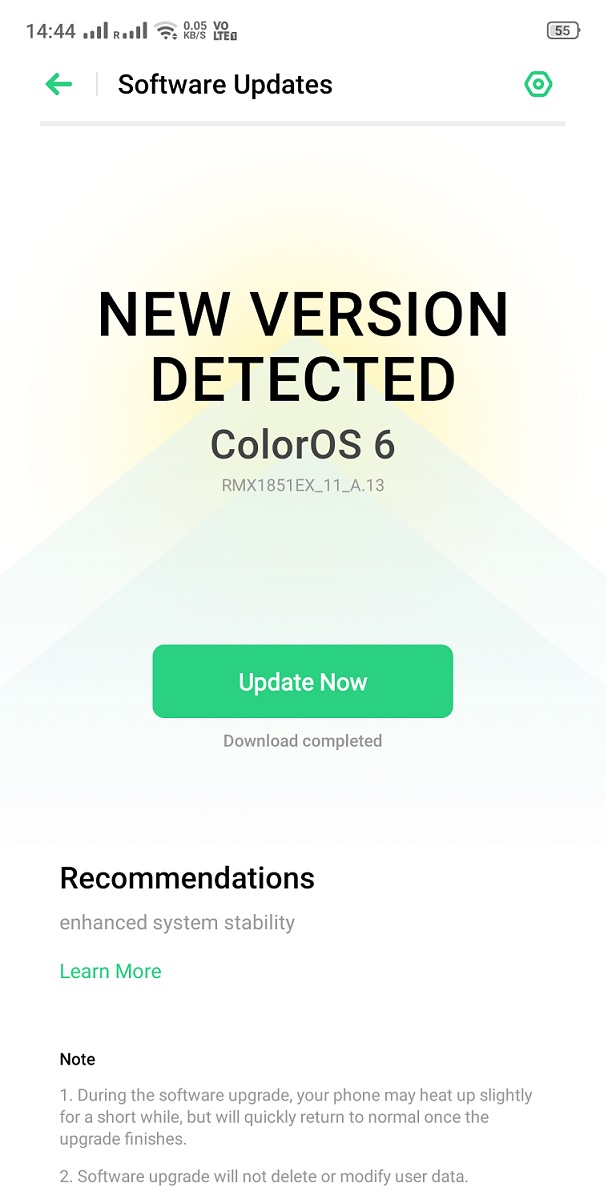 However, there are no other changes included in this release. Here’s the official changelog of RMX1851EX_11_A.13:

The smartphone runs on Android 9 Pie with ColorOS 6.0 on top and Android Q beta builds are already available.

Android Q aka Android 10 brings major changes to the user interface of Realme 3 Pro. For example, the notification center has been revamped and it now offers a stock Android-like experience.

Android Q was announced by Google at IO 2019 and the final version of the Android Q slated to arrive later in October or November, but you can already try the software on select phones such as Realme 3 Pro and OnePlus 6t.

Oppo’s sub-brand Realme 3 Pro competes with Redmi Note 7 Pro in the overcrowded market of smartphones. This phone from Realme comes with a 6.3-inch FULL HD IPS display, slim bezels and a waterdrop notch.

The display of the Realme 3 Pro makes it one of the best mid-range phones. The front panel uses colours that are vivid and bright with good readability in natural or artificial light.

Realme 3 Pro is available in India in three new colours – Nitro Blue, Lightning Purple and Carbon Grey. Realme 3 Pro back is made of polycarbonate material and it weighs just 172 grams.