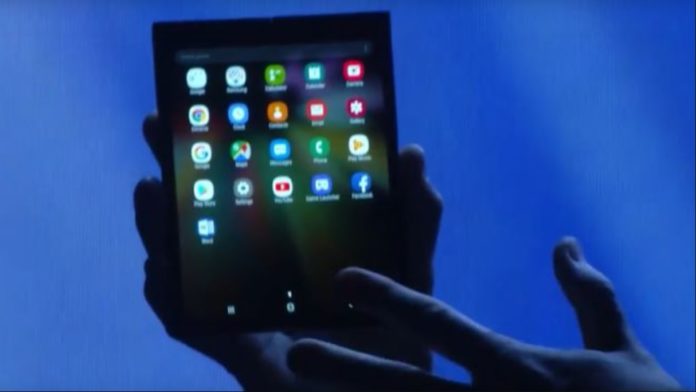 Last year we got our first real look at the Samsung Galaxy X or Flex, a foldable smartphone that comes with a folding screen which flattens out to function as a tablet-sized 2-in-1 device. The device uses Infinity Flex Display and new materials to make it functional.

Today, we discovered a series of patents that were published yesterday and the patent details foldable devices with various different characteristics. The design, however, remains same in the drawings.

This patent is called ‘Display Device’ and it shows off a tri-fold foldable device. The device can be folded in three areas. The patent can be viewed here.

Here is the explanation:

Foldable device with a software interface

The above drawing of the patent with the same title was also published yesterday and it shows off the device running mobile and tablet interface in two different figures. The patent can be viewed here.