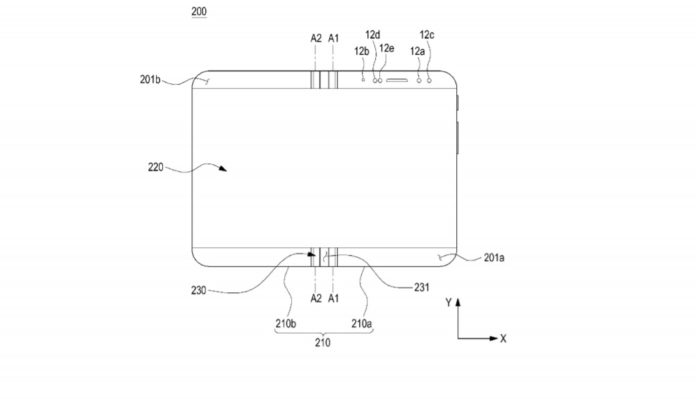 Samsung last week unveiled a foldable phone with innovative design and the next day, a patent was published by USPTO.

The patent in the question was published on 8th November 2018 under the title “ELECTRONIC DEVICE INCLUDING FLEXIBLE DISPLAY” and it was filed in April 2018. The patent application details a foldable phone with two display and a hinge, and it looks pretty good. You can find the patent description below: